Time for the Happy Endings Hop! 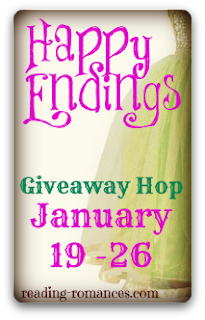 
The goddess of the sun, Takasa has been alone for thousands of years. Her loneliness has made her depressed and angry and she ends up taking it out on her people. Although her people loved and worshiped her, it wasn't the same. Even a goddess deserves someone special to love, right. Well I thought it was about time she had one. Of course she couldn't just pick any ole somebody so it took some time.

I wanted each story to be unique within this series, but still have a hint of authenticity so I looked up a lot of African folklore to give my gods and goddesses some realism. I hope you enjoy reading about them as much as I liked writing them. 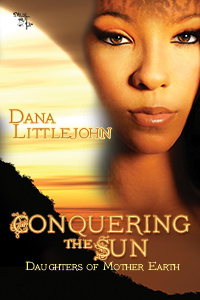 Takasa, goddess of the sun, left her mountain home consumed with bitterness caused by her long endured loneliness. The elders in her tribe fed her a potion to put her to sleep for a thousand years to wait for the one who would be able to save them from her wrath. Will the goddess have met her match at that time, or will the descendant of a neighboring sun god be conquered by her fury as well?

Excerpt:
Solarion took her small hands in his strong large ones. Guided by his hands, Takasa’s rested on Solarion’s cheek. The hair there was just as supple on the ones on his chest, covering most of his face. She traced the fullness of his sensual lips. Hanging on both sides of his face were long dark braids. Without thinking, Takasa fingered the few braids that lay on his broad shoulders. Against her better judgment, she looked into his face, meeting the golden brown eyes that smiled at her. The touch of him and the sight of his beautiful eyes seemed to ease her anger.
“All that you see is for you, my goddess. I offer you all I have and am. My mind, my body, and anything else you want or need from me already belong to you.”
He seemed to be waiting for a reply, but Takasa could give none. She was stunned by his words. Solarion lifted her gown over her head without hesitation, and his eyes feasted on her nakedness and he smiled.
“The goddess of the sun is equally beautiful in face and in body,” he stated.
In a slow motion, his hands skimmed over her heating skin. Her shoulders, arms, waist, and belly were left tingling by his tender touch. Takasa closed her eyes to further enjoy the sensations coursing through her body.
“Let me worship this beautiful body of yours so that you can take your rest in my arms. You will rule your people by day, and I will rule you at night, worshipping your body with my own. Each night you will sleep in my arms, exhausted from the love I will show your body.”
Takasa’s eyes popped open. Anger flowed through her like rushing water. As Solarion brought his mouth to hers she shoved him back with all her might.
“How dare you! What makes you think you can rule over me? I will not allow it,” she yelled. “For such insolence you will be punished.”
Takasa called forth her power, but found she was unable to grow to her monstrous size within the confines of the cave. Breathing hard with her eyes darting around, she shifted her head into that of a lioness, and the soft, dainty hands that had caressed Solarion’s face and chest were now sharp lion’s claws.
Solarion watched her change, and when she had done so, Takasa stood before Solarion, waiting for fear to appear on his handsome features. He didn’t seem impressed or fearful. He turned his back to her when the transformation was complete. Flabbergasted, she ran around him to face him again.
“You dare turn your back to me?” she growled.
Before he could answer her angry question, she launched herself at him. Anticipating her pounce, Solarion sidestepped out of the way. Takasa landed on her face on the floor before him, yelping in pain. He approached to help her, but she snatched her paw away. Scooting away from him, Takasa crouched low on all fours, preparing another attack. She roared her fury and initiated her strike. Once more Solarion moved out of the line of fire. Before she could get her bearings, she leaped into another unsuccessful attack.
“Takasa, cease your attack on me. I do not wish to restrain you,” he said in the same calming voice.
“Restrain me?” she shrieked in disbelief.
His soothing words infuriated her even more, like fire to her temper’s short fuse. Her ebony eyes flashed and she lunged forward, only to miss him again. Her fury was beyond compare. Landing face down on the bed, breathing hard, Takasa banged her paws at her sides, screaming her frustration.
She jumped to her feet, readying herself for her next attack, and then sat back down with a gasp. Solarion turned and moved toward her. As he did so, his own change began. The braids she had fingered just moments ago had become a full grown mane and his hands, massive lion’s paws. By the time he stood before her, Solarion had the head of the king of beasts and his golden eyes flashed like bright flames.
Takasa recovered from her surprise and growled again, but it was drowned out by the roar from the jungle king. She stood, thinking to charge him again, but Solarion caught her paws in his and pushed her backward. When she fell onto the bed, he pounced on top of her, pinning her in place. Stunned anew when the wind was knocked from her lungs, Takasa choked and gasped for air. She stared into his blazing eyes for a long time. When the quick rise and fall of her chest slowed, her beautiful goddess features returned.
“How...how is this possible?”

Posted by Author Dana Littlejohn at 11:29 AM No comments: