Come on over for the HOP! 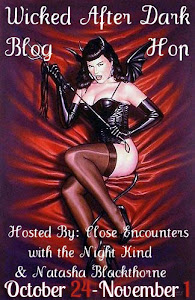 Hi again everyone!
Since the hop is still going on I decided to post another blog for those who just found out about it. This is my one and only ghost story that came about after my visit to New Orleans. It was a 2 week business trip but it turned very fun on the weekend. We had people take us on a tour to popular tourist spots and off the beaten past spots. The scariest and most awesome sights I have ever seen to date are there.
While on tour the pointed out a land mark ghost house that gave tours, but they freaked when we wanted to check it out. Our guides warned us of ghost dust, evil spirits or bad juju that we might take home if we went inside.
Needless to say I didn't, but I was so fascinated that I came up with my own ghost story with elements of what I learned while there. Here's a peek. Hope you like it! 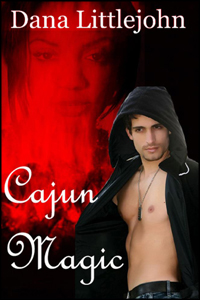 Do cops always want to protect and serve?
Gerald Dixon is a wounded cop shot in the line of duty. He was tired, hurt and confused. He’d been a cop most of his life and was now being asked to retire early and was sent Louisiana to heal and think it over.
Margarita Malveaux was a ghost killed by voo-doo. The spell that killed her had a loophole that could save her: a stranger, who didn’t believe in voo-doo, had to willingly go through 3 challenges.
Would Gerald be up for a physical challenge, a mental challenge or a challenge that would push his own belief system to the very edge? Could Margarita convince him to take on the challenges that would free her, giving her the peace she longed for and bring him the happiness he didn’t know he needed?


EXCERPT:
“Gerald…Gerald, wake up.”
The soft feminine voice calling his name pulled him slowly from his sleep. He turned on his back kicking the sheet off his naked body.
“Gerald.”
“Yeah, yeah, I’m up,” he said sleepily.
“Open your eyes, Gerald.”
His eyes fluttered at first, but then they opened slowly. As his eyes focused, they widened at the sight before him. He looked straight up from his reclined position to see someone. It was indeed female. Her voluptuous figure and shoulder length hair was plainly visible, but she was not like any other woman. Hovering along the ceiling like she was he knew even in his sleepy state that her body was not solid like his own, but more smoky.
“What the hell!”
“No, Gerald, don’t get up. I don’t want you to hurt yourself. I will come closer to you.”
Slowly she descended from the ceiling. The closer she came to him the clearer her smoky translucent features became. When she stopped to hover over him, he looked into her face to find her lovely. Her cat-like eyes were as smoky as the rest of her and held no distinct color. Along with the high cheekbones and full sensual lips that still held their form, her beauty was evident albeit strange to behold.
“Okay, what the hell is going on?”
“I have come to ask for your help, Gerald.”
“How do you know my name?”
“I have been with you all evening, ever since you left my house.”
“Left your house? What are you talking about? Who are you?”
“My name is Margarita Malveaux. I’m a ghost. I have come to you to ask for your help so that I may be set free.”
“This is a joke, right?” he laughed looking into her unchanged features. “What, you’re saying you’re a real ghost?” He watched her nod. “Well if that’s the case then we have a problem because I don’t believe in ghosts.”
“Never the less I am here and I am a ghost.”
“Let’s say for argument’s sake that you are, what do you want?” “
I want your help.”
“My help…to do what?”
“To be free. I can offer you something in return for your help. I know what men want.”
“Oh yeah? What’s that?” he asked in a disbelieving tone. “I can make you feel good, Gerald. Though I cannot feel pleasure for myself, I am capable of giving pleasure,” she said, lowering herself further.
His surprise was visible across his face. He could actually feel her breasts pressing against his chest! The whole situation was amazing especially since he didn’t believe in ghosts. But nothing surprised him as much as the betrayal of his body as it allowed his erection to react so quickly to something he could barely see.

get yours at Red Rose Publishing

To celebrate this hop Dana is giving away 2 promo t-shirts to 2 random commenters. Leave your comment and good luck!

Welcome to the Wicked After Dark Hop!

Hello everyone!
First, let me offer my sincere apologies to the followers of this year’s hop. Dana Littlejohn will not be blogging today. She is completely overwhelmed with finishing touches of her next novel, Fun House and is exhausted. In her place she has sent Sonja Winters, the main character from her book The Seven Year Switch. We have decided to interview her instead since she is here. Enjoy!

How are you today Sonja?
I’m well, thank you.

I understand you and Kyle celebrated an anniversary earlier in October.
Yes, we did. Thank you. We’ve been married 8 years now.

Also, congratulations on your other new position.
Thanks. Things have certainly changed in our marriage since I’ve taken it. I assure you. It has taken a little adjusting, but now that it has been over a year I think I have the hang of it now. I hardly ever have to use the paddle on Kyle these days.

Oh my! Pardon me, Sonja, but I think we are having two different conversations. I was referring to the new partnership you were awarded at your firm. What are you talking about?
Oh! Forgive me. I misunderstood. I thought you meant my relationship with Kyle. The firm, yes, thank you for that as well.

So, you have a new position that requires you to spank your husband?
Yes, but I don’t do it that much anymore. He knows his duties now.

His duties? Okay, let’s back up. How did you transition into this new situation with Kyle?
I was trained by Mistress Bianca on basic handling skills and then I did my own research to find what would fit us best.

Bianca? Another woman taught you how to handle your man?
In a manner of speaking.

Does that make her friend or foe?
Bianca is neither. She was merely a tool to help us move to the next level of our relationship.

I see. So does Kyle still work? Doesn’t he have his own construction company?
I have allowed Kyle to maintain his daily life. He needs structure and consistency, but when he is home his duties are directed toward maintaining the home and my needs.

Wow. I have never heard of such a drastic flip in marital roles. Is this common?
We are not alone in our choice. The wife-led marriage is not as popular as a traditional marriage, but it does exist.

Wife-led marriage. That’s a new term for me. What does it mean?
It simply means that since I am his mistress-wife all decisions are made by me. I am in control of what happens in our relationship.

Mistress–wife? Does that mean you switch back and forth between the two?
No, I am one in the same. I will always be his wife. His life partner, a loving spouse and I love him dearly, but I am also his mistress. He bows before me and does my bidding. I reward or punish him depending on how he behaves.

So this isn’t one of those role-play games that many couples indulge in?
No. This is a chosen life style.

Is it a secret?
No more secret than anything else that happens within the privacy of one’s marriage.

I understand that your friend Charlene was privy to this situation from the beginning. What does she think of the whole thing?
Charlene is very supportive. She says if it works for us she’s happy for us.

Well, I must say, Sonja, I have learned a lot during this interview. I’m definitely interested in reading your story to see how all of the changes in your marriage came about. Thank you for taking Dana’s place and stopping by to talk to us.
You’re very welcome. I’ll be sure to tell Dana what a great audience the blog hoppers have been.

Kyle appears with a glass of chilled wine for his wife as we close the door on the interview with Sonja Winters.

Thank you, good readers, for checking out our interview with Sonja Winters. If you would like to read about Sonja and Kyle pick up Dana Littlejohn’s The Seven Year Switch. It may prove to be an interesting read!


To celebrate this hop Dana is giving away 2 promo t-shirts to 2 random commenters. Leave your comment and good luck!

Posted by Author Dana Littlejohn at 6:17 AM 5 comments: